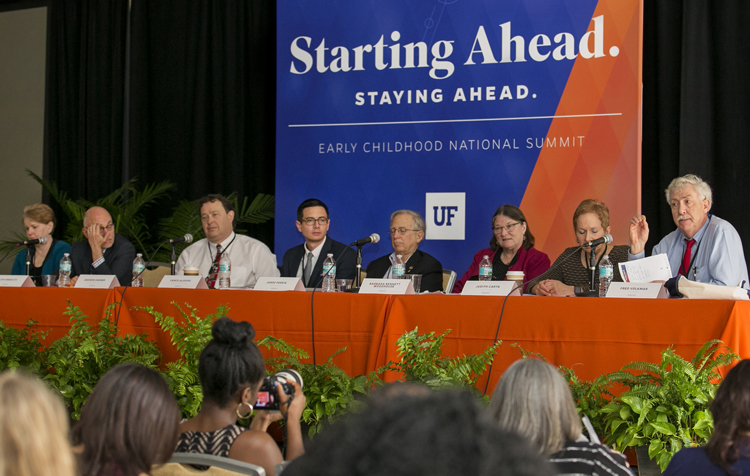 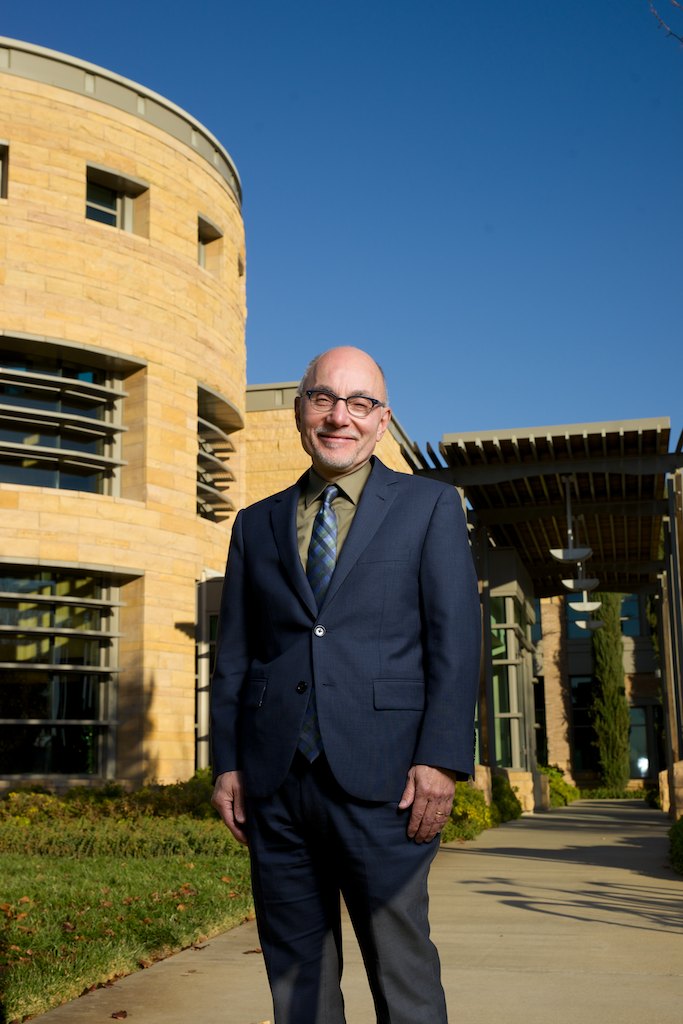 Len Abbeduto, Ph.D., is the director of the MIND Institute, the Tsakopoulos-Vismara Endowed Chair and professor of Psychiatry and Behavioral Sciences at the University of California, Davis. He also directs the NIH-funded Eunice Kennedy Shriver Intellectual and Developmental Disabilities Research Center at the MIND Institute. Dr. Abbeduto’s research is focused broadly on the development of language across the lifespan in individuals with neurodevelopmental disorders and the family context for language development. His research has been funded virtually continuously by the National Institutes of Health since 1985. Dr. Abbeduto has published more than 140 articles, chapters, reviews and books on fragile X syndrome, autism, Down syndrome and other disabilities. His current research is focused on understanding variation in language outcomes in various neurodevelopmental disorders, the measurement of treatment effects in clinical trials and the use of distance technology in behavioral treatment. His expressive language sampling methods are currently being used to measure treatment effects in several clinical trials. Dr. Abbeduto has received numerous awards and honors, including the Kellett Mid-Career Research Award (2008) and Emil A. Steiger Award for Distinguished Teaching (1996) from the University of Wisconsin-Madison and the Enid and William Rosen Research Award from the National Fragile X Foundation (2010). Dr. Abbeduto is a fellow of the American Association on Intellectual and Developmental Disabilities and Division 33 (Intellectual and Developmental Disabilities and Autism Spectrum Disorders) of the American Psychological Association. He earned his Ph.D. in psychology from the University of Illinois at Chicago in 1982. 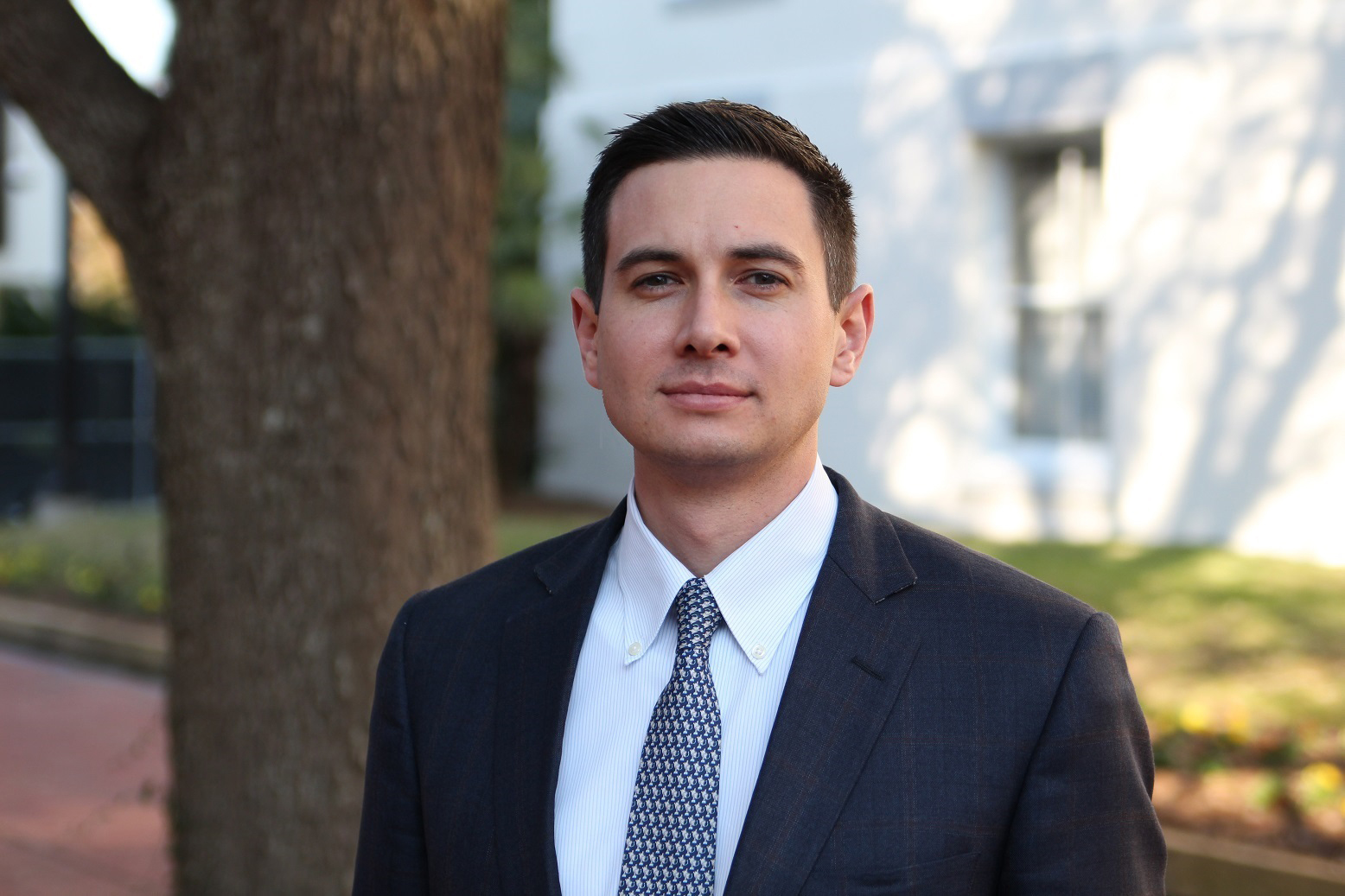 After practicing law in South Florida, Vance Aloupis joined The Children’s Movement in June 2010 and now serves as CEO. He has become a new face in the conversation around early childhood investment and speaks across the nation on issues specific to the first five years in children’s lives. A graduate of the University of Miami School of Law, Vance was the Judge Peter Palermo Fellow in the University of Miami Center for Ethics and Public Service’s Street Law program creating and teaching curricula for and in juvenile detention centers in South Florida. Prior to joining The Children’s Movement, he worked as a civil litigator and with the Legal Services of Greater Miami’s Homeless Project. In 2012, Gov. Rick Scott appointed Vance to serve as a commissioner on the Governor’s Commission on Community Service, known as Volunteer Florida, which oversees much of the state’s AmeriCorps programs. In 2014, Vance was honored as the “Young Floridian of the Year” by the Bob Graham Center for Public Service at the University of Florida. In 2016, he was honored with the Emerging Leader Award from Florida International University’s Center for Leadership, the Ruth Shack Leadership Award from the Miami Foundation and was one of three “next generation” visionaries selected by the Miami Herald. 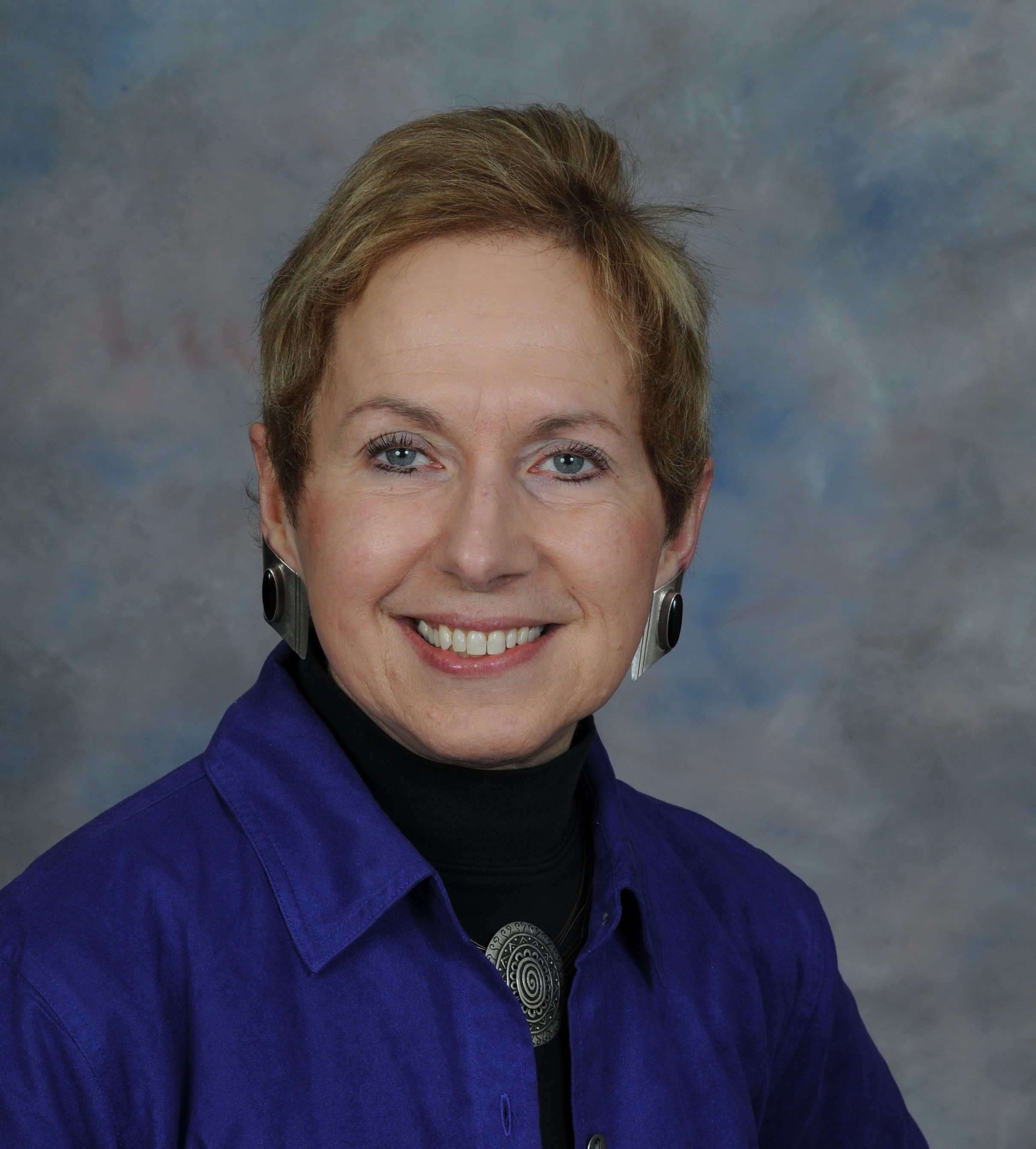 Judith Carta, Ph.D., is interim director of Early Childhood Research at Juniper the Gardens Children’s Project, senior. scientist for theSchiefelbusch Institute for Life Span Studies and a professor of Special Education at the University of Kansas. Her science focuses on developing strategies to minimize the effects of poverty on children’s outcomes and developing practices that teachers and parents can use to promote children’s early learning, particularly in vulnerable populations. Her key research and policy interests include advancing the quality of children’s caregiving environments, methods for monitoring the progress of young children and strategies for promoting family engagement in early intervention programs. She has been the principal investigator of several multi-site research projects and centers funded by the National Institutes of Health, the Institute of Education Sciences and the Administration on Children and Families. She currently co-directs the Bridging the Word Gap Research Network, a national collaborative of over 150 researchers, program implementers, civic leaders and policymakers seeking to find better ways to enhance young children’s language learning environments. She was a member of the Federal Advisory Panel on Head Start Research and Evaluation, Division for Early Childhood’s Commission on Recommended Practices and has served as the Editor of Topics in Early Childhood Special Education as well as the boards of numerous scientific journals. 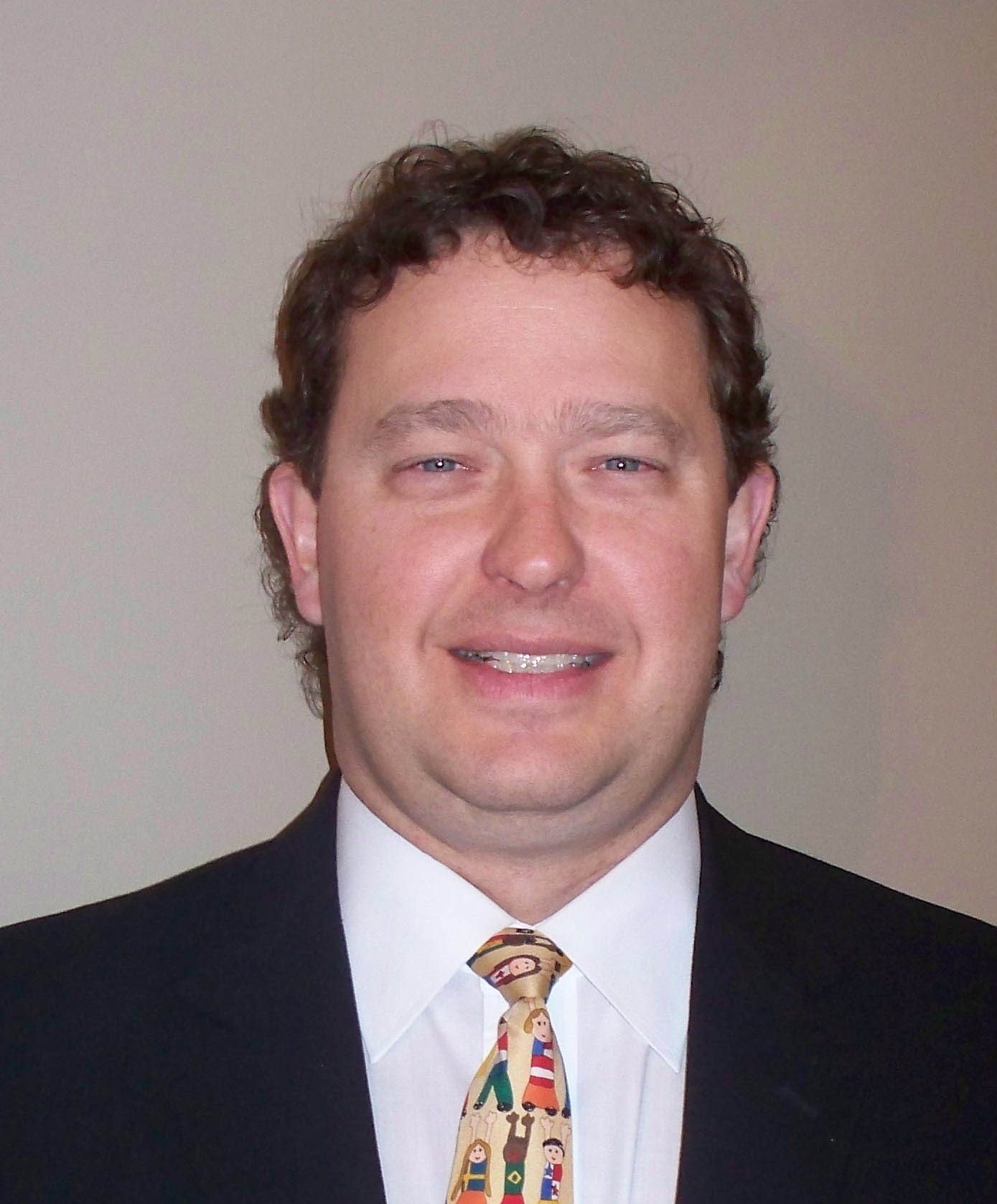 Andrew Garner, M.D., Ph.D., FAAP, is a graduate of Swarthmore College and a product of both the Medical Scientist Training Program at Case Western Reserve University (CWRU) and the Pediatric Residency Training Program at the Children’s Hospital of Philadelphia. He has practiced primary care pediatrics with University Hospitals Medical Practices in Cleveland since 2000. He is a clinical professor of Pediatrics at the CWRU School of Medicine and a faculty associate with the Schubert Center for Child Studies. As a member of the American Academy of Pediatrics’ (AAP) Committee on Psychosocial Aspects of Child and Family Health, he co-authored the Academy’s Policy Statement and Technical Report on childhood toxic stress. He served as the chair of the AAP Leadership Workgroup on Early Brain and Child Development, and as a member of the AAP Leadership Workgroups on Epigenetics and, most recently, Poverty. Dr. Garner is also the Immediate past president of the Ohio Chapter of the AAP. 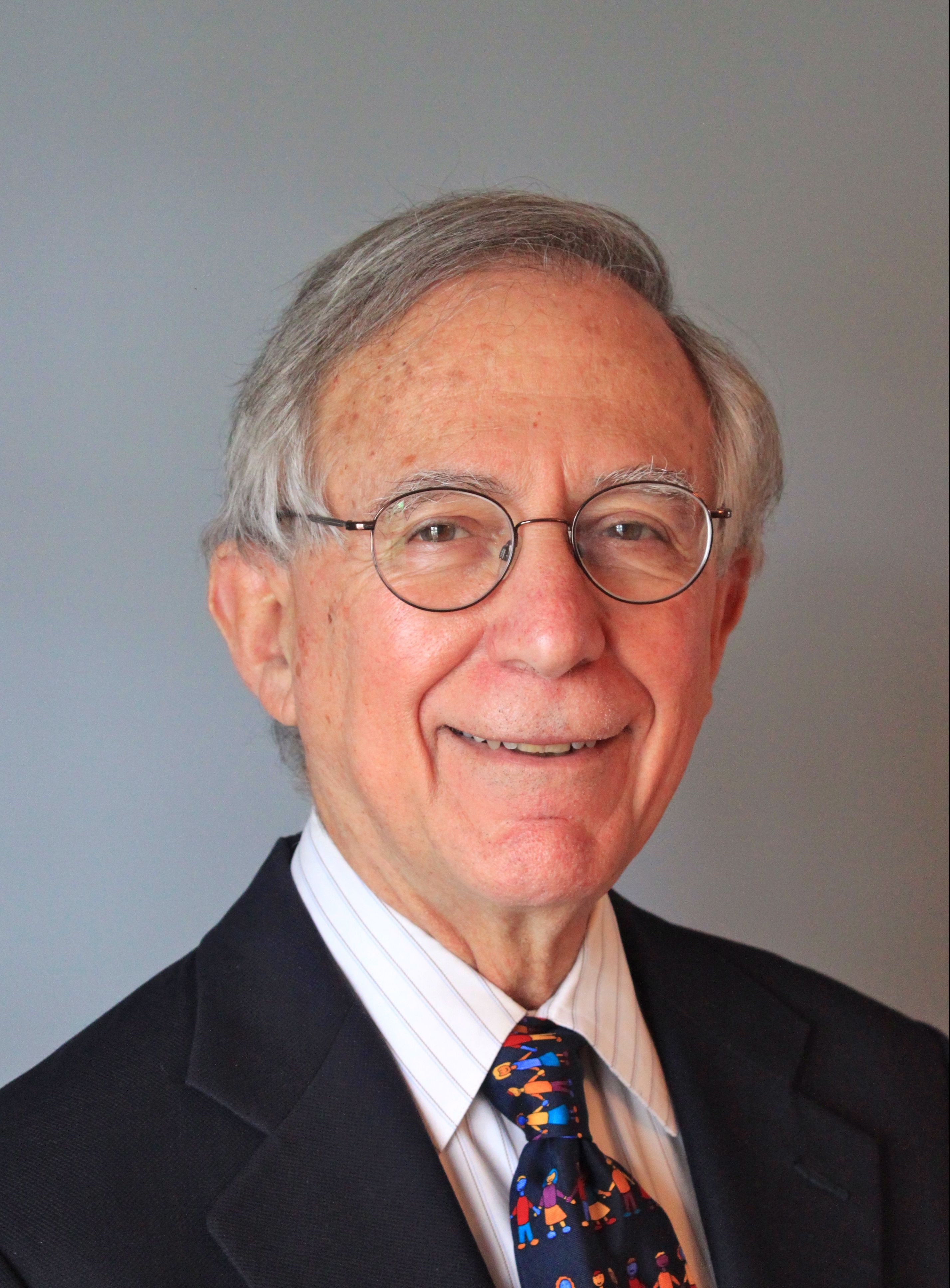 James M. Perrin, M.D., is professor of pediatrics at Harvard Medical School and former director of the Division of General Pediatrics at the MassGeneral Hospital for Children, having previously headed a similar division at Vanderbilt. He holds the John C. Robinson Chair in Pediatrics at the MGH. He was president (2014) of the American Academy of Pediatrics, chair of its Committee on Children with Disabilities and past president of the Ambulatory (Academic) Pediatric Association. He co-chaired an AAP committee to develop practice guidelines for ADHD. He directed the Autism Intervention Research Network on Physical Health for seven years. Dr. Perrin was founding editor of Academic Pediatrics. He spent two years in Washington working on rural primary care and migrant health. After fellowship at Rochester, he ran a rural community health center in upstate New York. His research has examined asthma, middle ear disease, children’s hospitalization, health insurance and childhood chronic illness and disabilities, with recent emphases on epidemiology of childhood chronic illness and organization of services for the care of children and adolescents with chronic health conditions. He received a Robert Wood Johnson Foundation Investigator Award in Health Policy Research and also served as a member of the National Advisory Council for the Agency for Healthcare Research and Quality. He is an elected member of the National Academy of Medicine. A graduate of Harvard College and Case Western Reserve School of Medicine, he had residency and fellowship training at the University of Rochester and held faculty appointments at Rochester and Vanderbilt. 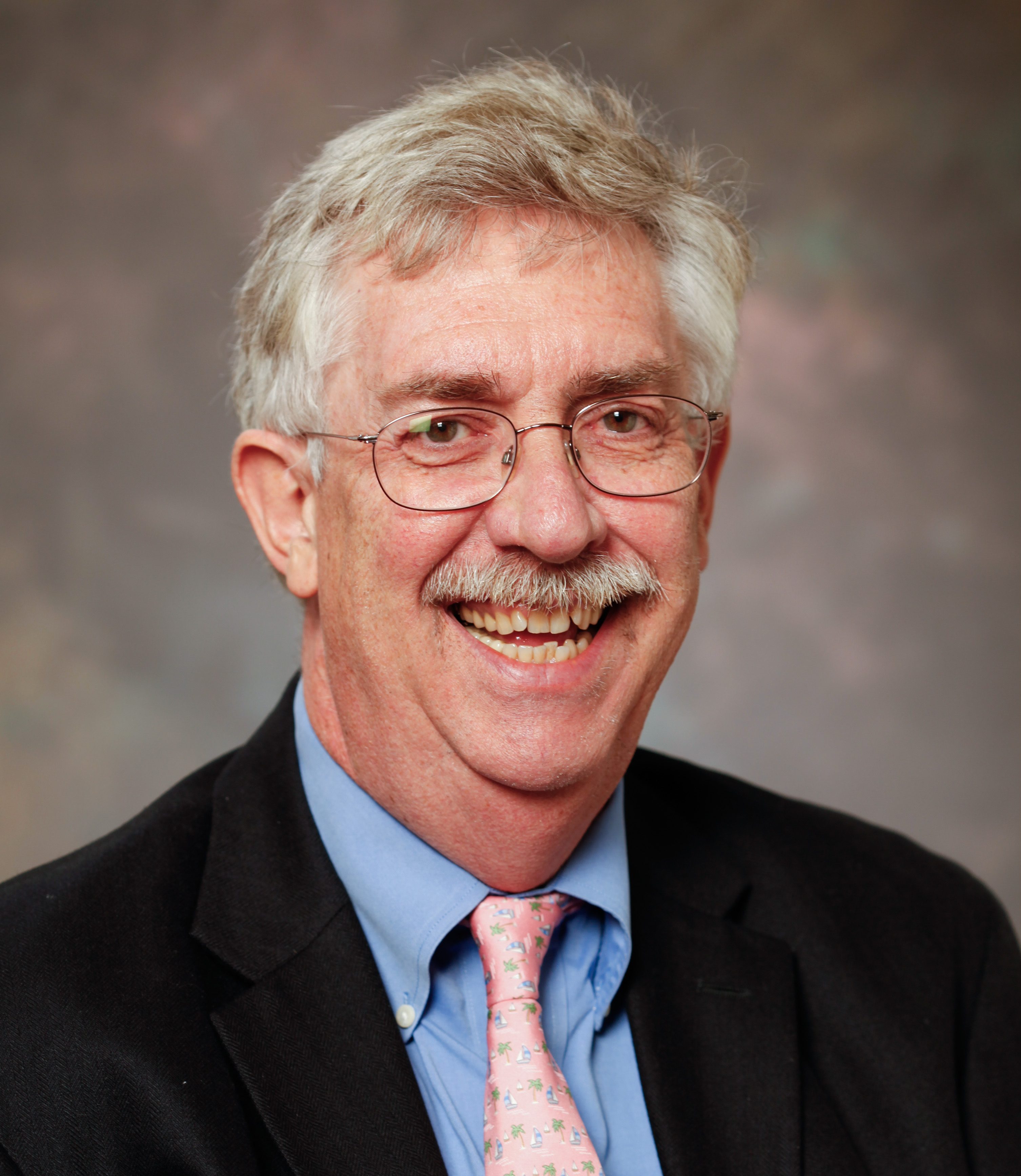 Fred R. Volkmar, M.D., is the Irving B. Harris Professor of Child Psychiatry, Psychiatry, Pediatrics and Psychology at Yale University, Child Study Center and recently served for eight years as director of the Center. A graduate of the University of Illinois and Stanford, he completed residency training in adult psychiatry and then a fellowship in Child Psychiatry at the Yale University’s School of Medicine and has been there ever since. He has dedicated his career to understanding and treating children with developmental disorders and is a leader in the field of autism research. He has served as a teacher and mentor to many trainees some of whom are now leaders in the field. His grants and publications run just short of 100 pages in his CV. He is editor of the Journal of Autism, a gifted clinician and teacher and his contributions have greatly improved the lives of children suffering from developmental disorders and their families. 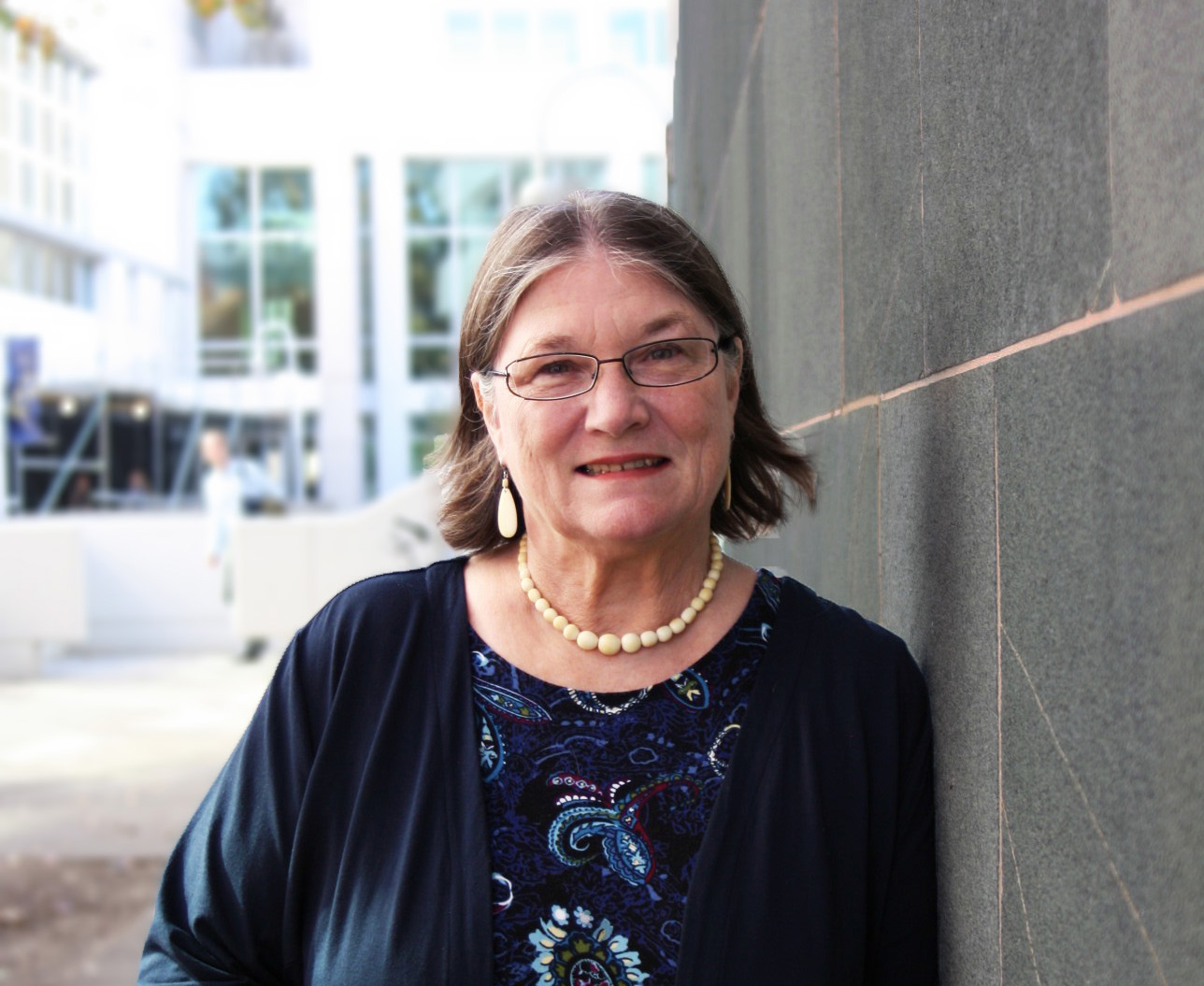 Barbara Bennett Woodhouse is L. Q. C. Lamar Professor of Law at Emory University Law School in Atlanta, where she is also director of the Child Rights Project. The Child Rights Project engages students in amicus curiae advocacy at the Supreme Court in cases presenting issues of importance to children and youth.  She graduated from Columbia Law School and clerked for Associate Justice Sandra Day O’Connor before joining the faculty of University of Pennsylvania, where she co-founded the Field Center on Children’s Policy Research and Practice. She is also a David H. Levin Chair Emeritus at University of Florida’s Levin College of Law, where she co-founded the Center on Children and Families in 2001. Professor Woodhouse’s scholarship includes nearly one hundred articles and book chapters, as well as the award-winning book, Hidden in Plain Sight: the Tragedy of Children’s Rights from Ben Franklin to Lionel Tate (Princeton University Press), which earned the 2009 American Political Science Association prize for best book on human rights. Her teaching, writing and research address issues of law and policy in a wide range of child-related issues, from adoption to early childhood education, and from juvenile justice to child protection. Her current research on the ecology of childhood in developed nations compares early childhood policies and programs in the U.S. and in Europe.