Maureen Conroy, Ph.D., an early childhood expert and professor in the University of Florida College of Education, has been named the Anita Zucker Professor in Early Childhood Studies.

Conroy, who co-directs the Anita Zucker Center for Excellence in Early Childhood Studies at UF, is working with other center researchers to transform science, policy and practices in early childhood. Their efforts, gaining national and worldwide attention, are reaching children, families, practitioners and communities.

“Ninety percent of a child’s brain development happens before he or she turns 5,” Conroy said. “Our research mission is to provide science-based approaches for supporting young children’s development and learning during this critical time.”

A primary focus of the center is supporting young children who are most vulnerable, their families, and their early childhood providers to create nurturing and supportive early learning environments to help them succeed.

Through the Anita Zucker Center, Conroy and her collaborators partner with colleagues from a number of colleges at UF as well as other community, state, national and international stakeholders. 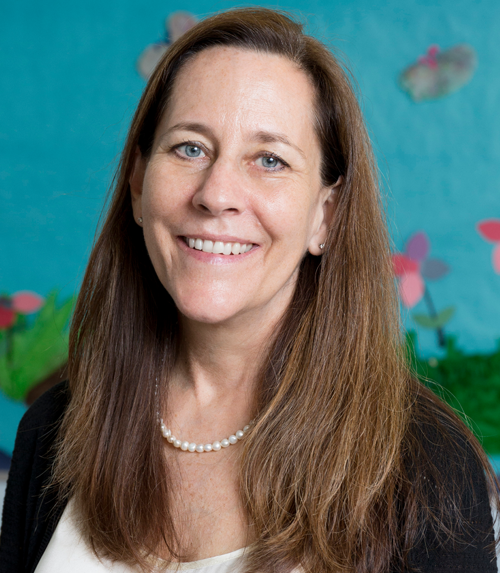 “Anita Zucker understands the importance of investing in young children’s growth, development and education,” Conroy said. “Her generous gift is a game-changer that ensures our work will reach children and families in our community, state and across the nation and world.”

A graduate of Keene State College in New Hampshire and a two-time graduate of Vanderbilt University in Nashville, Conroy’s 38-year career has revolved around conducting research and training future researchers as well as those working directly with young children and their families.

A former schoolteacher, native of Charleston, S.C., and UF Board of Trustees member, Zucker has long been interested in early childhood. In 2011, she established the endowed professorship within the Center for Excellence in UF’s College of Education. Last year, she gave $5 million to expand the center’s efforts and UF’s Preeminence initiative in early childhood studies.

“Early childhood really is the key to unlocking doors for later learning and success in life,” Zucker said. “Transforming our children’s lives through education is important in so many ways.”

Zucker, who taught elementary school for 10 years, earned a bachelor’s degree in education at UF in 1972 and received a master’s degree in educational administration and supervision at the University of North Florida. In 2008, when her husband, Jerry, passed away, she succeeded him as CEO of the InterTech Group. Jerry Zucker graduated from UF in 1972 as a triple major in math, chemistry and physics.