For Brian Reichow, associate professor of special education and early childhood studies with the Anita Zucker Center, a focus on cultural-sensitivity has proven to be key in making a difference for children around the globe.

Recently, Reichow, along with Center partner and pediatrician Marylou Behnke, professor emerita of medicine, visited Zambia to continue their work surrounding caregivers who have children with special needs. 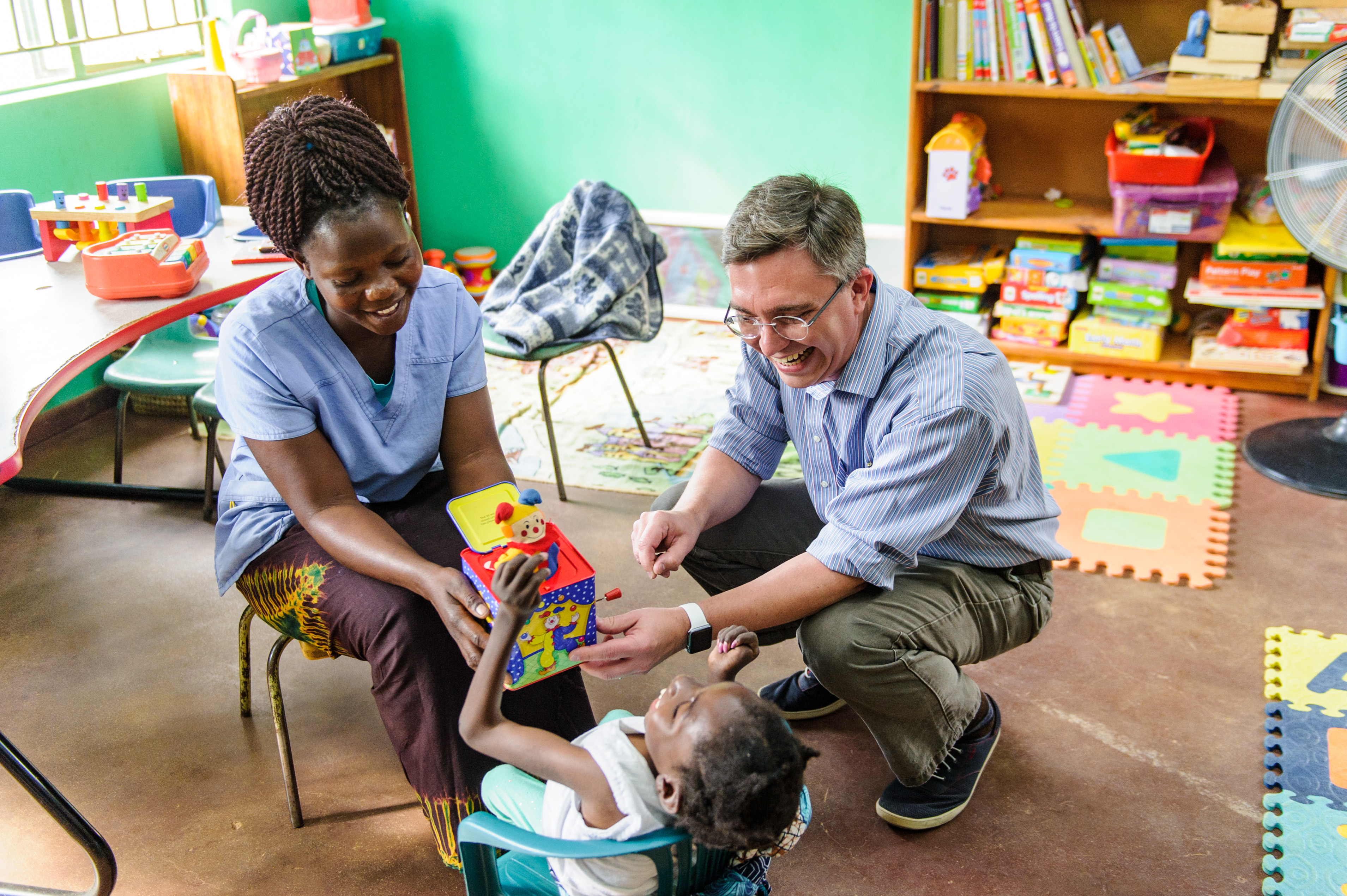 As with other trips, Reichow and Behnke worked with community stakeholders to begin implementation of a parent skills training program developed by Reichow and colleagues at the World Health Organization. To date, the WHO program has been implemented in more than 30 countries worldwide, including six in Africa: Egypt, Ethiopia, Kenya, Nigeria, South Africa, and Zambia.1

For Reichow, who continues to play pivotal roles in multiple implementations of the program around the world, and Behnke, this two-week trip to Zambia was different. This trip was the first time that Reichow and Behnke began training facilitators of the program, the people who will be delivering the parent skills training program to caregivers of children with developmental disabilities and delays in Zambia. Over the course of four and half days, Reichow and Behnke worked with Francis Mumba, a physiotherapist, and Elizabeth Halale, a retired nurse and project coordinator for the Zambia Parent Skills Training Project, to teach them the component and initial competencies they will need to run the initial pilot program early next year. The trainings included both content review and individualized coaching and practice with two young children with disabilities and their caregivers. 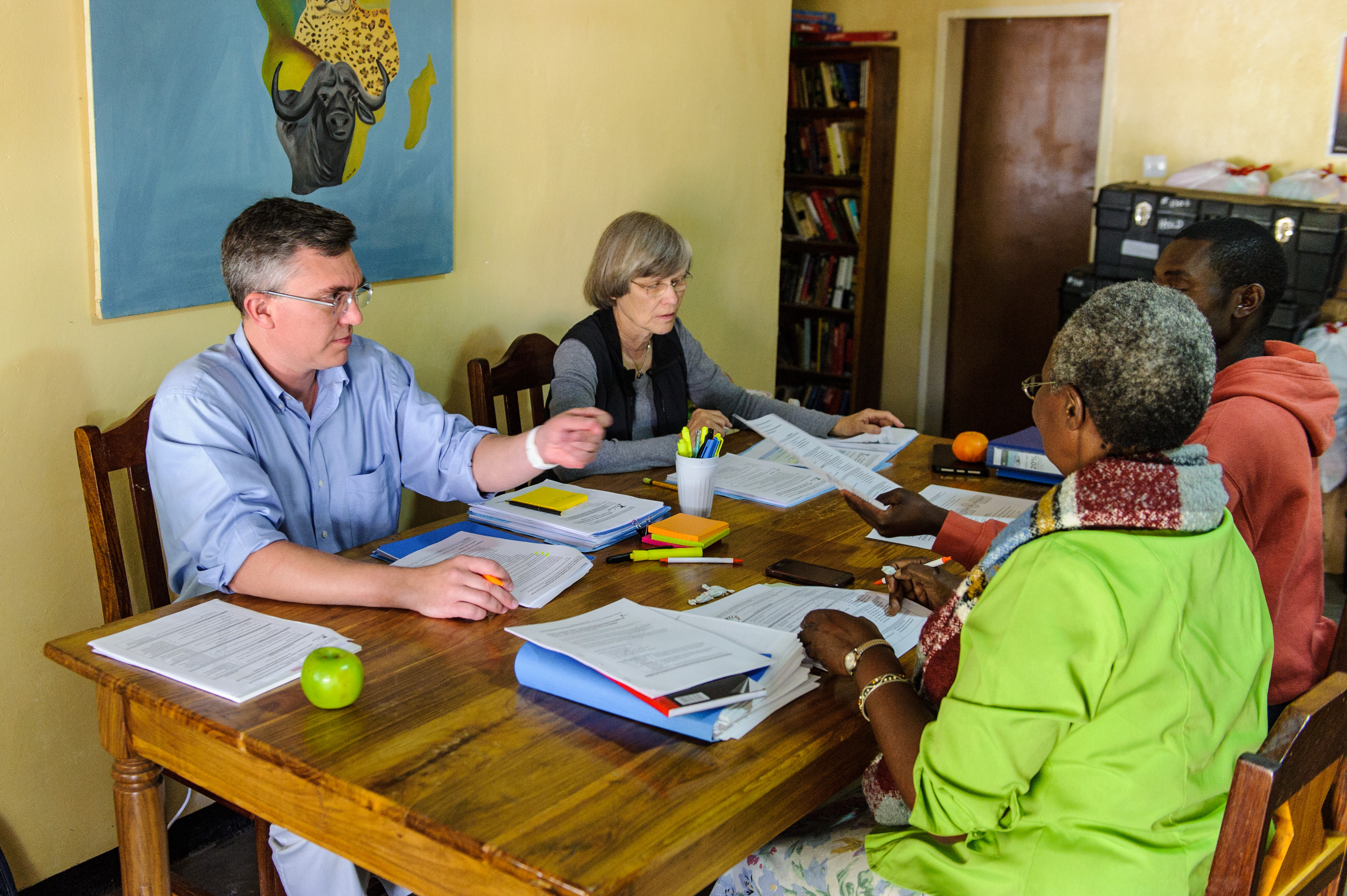 After the trainings had concluded, Reichow and Behnke hosted a meeting with the larger stakeholder group, the Adaptation Advisory Board. Composed of community members, village representatives, health care professionals and caregivers of children with special needs, this core team of Zambian stakeholders has provided feedback to Reichow and Behnke on the usability, feasibility, and applicability of the program since the inception of the project. The Adaptation Advisory Board asked for increased involvement in the pilot project moving forward and have scheduled meetings with leaders in local agencies and in local villages to communicate what is occurring with the program and to highlight the importance of the program to ensure that all children have the opportunity for improved care. Some stakeholders even asked Reichow and Behnke for permission to observe home visits and the group parent skills training sessions once they begin.

The involvement and collaboration between Reichow and Behnke, the core local adaptation team and large community stakeholder group has been pivotal in making the curriculum relevant for the Zambian culture and has highlighted the importance and necessity of collaboration when working in areas outside of your native culture.

Ultimately, the trip cemented three major takeaways — all of which could guide future initiatives with diverse populations.

Firstly, Reichow and Behnke assert that finding the right community stakeholders for a project from the start and keeping them engaged in the project is key. For this project, they relied heavily on their Core Local Adaptation Team for suggestions and recommendations to ensure broad representation of key local programs was ensured. 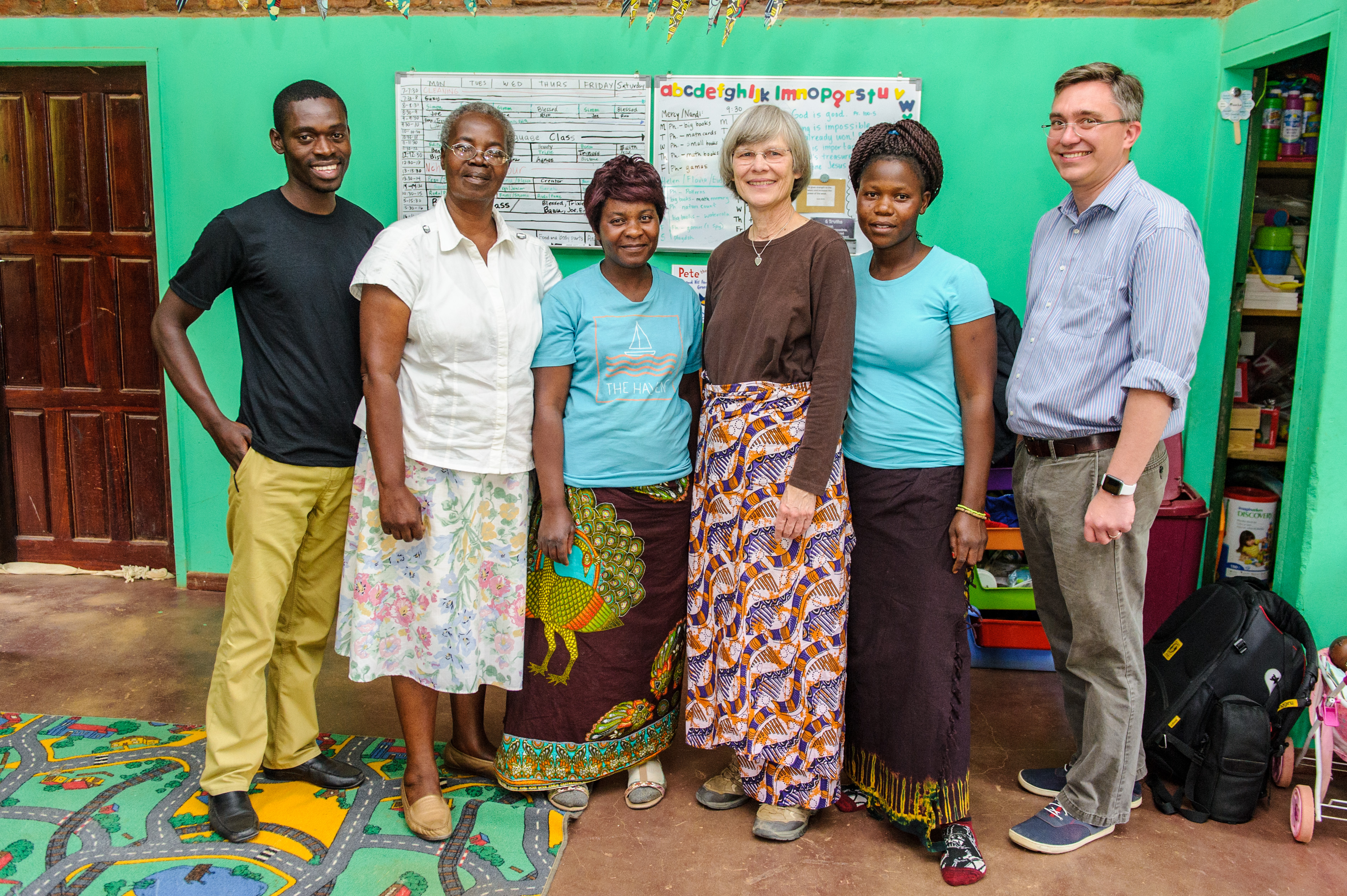 Secondly, Reichow and Behnke have learned the need to be flexible, especially when implementing a core curriculum in various settings. Considerations such as language, cultural images, and literacy levels could all be crucial details to the success of a project. While the project team, with the assistance of the Adaptation Advisory Board, has finalized an initial adaptation, Reichow and Behnke expect additional changes will likely need to be made based on the results and findings of the initial pilot that will be conducted in the new year.

Finally, Reichow and Behnke have learned that implementation of projects in foreign locations, especially those in low-resource settings, will take longer than expected; expect the unexpected. For instance, on their recent trip, internet service in Southern District was down for four straight days, leading to difficulties in completing research activities. However, even with setbacks, Reichow and Behnke are confident that the project can be a success in Zambia and look forward to the next steps of this exciting initiative.

1: Reichow remains involved with the ongoing work of the larger WHO program, while also leading the pilot in Kalomo, Zambia, which is among the most rural pilot locations across the 30 WHO sites.