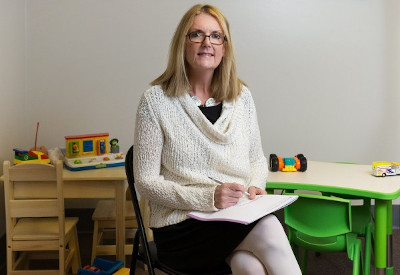 Cynthia Johnson, Ph.D., has been recognized as one of the top breakthroughs in autism research by the Interagency Autism Coordinating Committee.

The federal advisory committee, charged with coordinating all activities related to autism spectrum disorder within the U.S. Department of Health and Human Services, annually publishes a list of studies that represent significant progress in autism research. Johnson’s article is one of 20 highlighted in the committee’s report on breakthrough studies published in 2015.

The article by Johnson, an associate professor of clinical and health psychology in the UF College of Public Health and Health Professions and a member of the Anita Zucker Center for Excellence in Early Childhood Studies, and her colleagues described the findings of a multisite trial that examined a training program for parents of children with autism spectrum disorders. Researchers found the program can significantly reduce serious behavior problems, including tantrums, aggression and self-injury, in these children. The findings were published in the Journal of the American Medical Association. It is the largest autism clinical trial to date.

Investigators randomly assigned 180 children with autism spectrum disorder and behavioral problems between the ages of 3 and 7 to a 24-week parent training program or a 24-week parent education program. Parents received one-on-one training with a clinician in 11 sessions, as well as two home visits and up to four additional sessions.

“This program requires familiarity with behavioral principles and children with autism spectrum disorder, but you don’t need to be an autism specialist to use the training,” said Johnson, who joined the UF faculty under the university’s preeminence initiative.

“Now that we have shown the efficacy, we hope our structured parent training program will be more widely disseminated and readily available in communities, particularly those that do not have specialized autism centers,” Johnson said.

The science staff and scientific advisory board of Autism Speaks identified the 10 research reports of the past year that most powerfully advanced understanding and treatment of autism, and named the paper as one of the Top 10 autism research papers published in 2015.