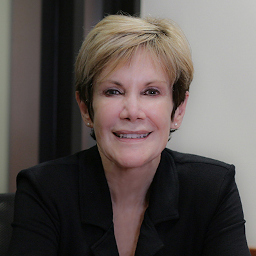 Prior to UWM, Dr. McLean was at the University of North Dakota and Auburn University. During this time, she received 10 personnel preparation grants, five of which were focused on interdisciplinary personnel preparation. In addition, she partnered with other universities on four research projects, and headed a sub-contract from the Head Start National Center on Quality Teaching and Learning focused on training and technical assistance on ongoing assessment. For 10 years at Auburn University, she directed the Auburn Intervention Model (Project AIM) early intervention program for children from birth through age four with disabilities.

Prior to entering a doctoral program in Early Childhood Special Education, Dr. McLean worked as a special education teacher in Nashville, TN, served as supervising teacher/curriculum coordinator at the Susan Gray School at Peabody College (now Vanderbilt University), and as a home-based early interventionist for a federally-funded model demonstration project through Georgia State University.

Dr. McLean has co-authored six books, edited two monographs, has authored or co-authored 53 refereed journal articles and book chapters, and has served as a field editor for the Journal of Early Intervention, Infants and Young Children, and Young Exceptional Children. She served as president of the professional organization for early intervention/early childhood special education, the Division for Early Childhood of the Council for Exceptional Children.  She worked on all three versions of the Division for Early Childhood (DEC) Recommended Practices and served as Chair of the DEC Recommended Practices Committee from 2014 to 2020.

Impact of Professional Development on Preschool Teachers’ Use of Embedded-Instruction Practices: An Efficacy Trial of Tools for Teachers
Funded by Institute of Education Sciences, US Department of Education (7/1/2015 – 6/30/2020)
Role: Co-Principal Investigator
Award: $3,498,113

Mary McEvoy Service to the Field Award from the Division for Early Childhood, 2015