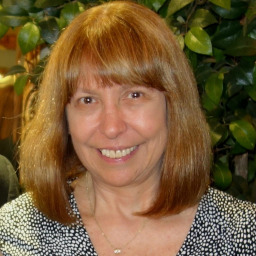 Dr. Fonda Davis Eyler is a clinical developmental psychologist and a professor emeritus of pediatrics, College of Medicine. Her research has focused on the effects on development of early and on-going risk and protective factors. For nearly two decades, she and colleague Dr. Marylou Behnke, M.D., were funded by the National Institute on Drug Abuse-National Institute of Health for a longitudinal cohort study of the effects on children of maternal cocaine use during pregnancy. From 1988 until 2011, she directed the North Central Early Steps Program and in that capacity represented the interests of children with disabilities and their families at regional and state levels.

Dr. Eyler has also mentored many junior faculty, medical fellows, and doctoral and undergraduate students and has been active in governance at the department, college, and university levels, serving on the UF Faculty Senate and as President of the College of Medicine Faculty Council. Dr. Eyler has an extensive publication record with more than 55 refereed articles and chapters. She has served on numerous review boards and panels, including the National Institute on Drug Abuse and the National Institute of Child Health and Human Development special review committees.

Dr. Eyler continues to be involved in leadership with the Center affiliated faculty. She was a core faculty member for the UF Post-Doctoral Research Training Fellowship in Early Intervention and Early Learning in Special Education. In that position, she mentored several post-doctoral students in the program. Dr Eyler has also served on several graduate student dissertation committees at the Center. The database from her and Dr. Behnke’s longitudinal study is now housed at the Center and has provided data for research and instruction at the Center.

Department of Pediatrics » College of Medicine » University of Florida (ufl.edu)